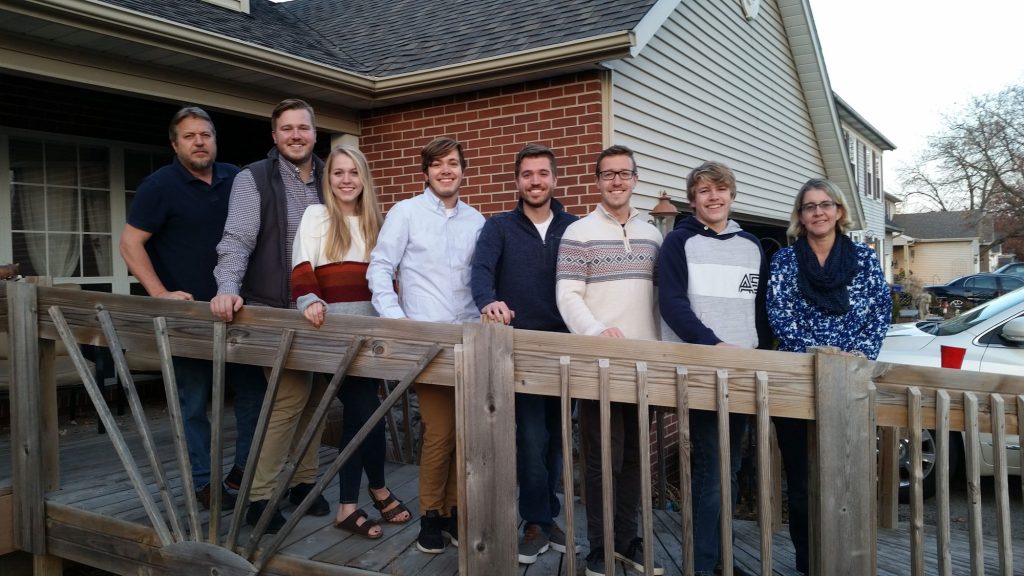 I was born in Sandwich, Illinois December 13th 1970, and lived at the Millhearst historic site along the Fox River until the age of three. Then my family ventured in farming about 180 miles to the west in a place called Bernard, Iowa. We lived there for about 1 ½ years until I had set the house on fire. My father then had ventured into an Auto and sales repair shop in a location in Cascade, Iowa that was 20 miles south from Bernard. We stayed there for about 3 years then moved again in the fall of 1976 to a 125 acre farm South of Cascade 10 miles to a town called Monticello, Iowa. I grew up on the farm doing many chores, like feeding and taken care of 500 pigs from time to time, milking 40 cows; there were even chickens and horses. I also help my father put in crops and take them out along with doing maintenance around the farm like replacing fences fix buildings and even worked on different thing to sell along highway of 151.

I’m the youngest child of 2 brothers and 4 sisters. I graduated High School at 18 in 1989 then ventured in to the Army as a Field Artillery Surveyor for 8 years. While I was in the army I had done 2 tours in Germany which were Aschaffenburg and Bamberg. I did my training at Fort Sill, Oklahoma and also was stationed in Fort Carson, Colorado. I did guard duty on the streets of Germany during the time of Desert Shield, Desert Storm of the Golf war. During my time on active duty I had received 7 Article 15’s two of which were field grade article 15’s. But I was also highly awarded while on active duty with receiving 5 Army Achievement Medals, two of which were impact awards.

During my 1st tour in Germany I had met my wife which we ended up having 6 kids together. We got married by the justice of the peace on December 31st 1991 in Anamosa, Iowa. Prior to my wife I had another girlfriend in Germany that I had gotten pregnant, which I didn’t find out until about 25 years later that he was my son, by doing a DNA test. So I have 6 boys and a girl. There all very good kids and I’m very proud of them. After I had got out of the Army I had moved back to Monticello where I had signed up for the reserves for another 3 years doing construction, in Iowa City, Iowa. During the time I was in the reserves I worked for a factory in town as a welder for a 1 ½ then I had adventured into a delivery serves called Ace Services hauling furniture, household moving I had also installed satellites for TV’s. I then had picked up a lumber company to haul for. I had done this for 3 and ½ years where I had to give it up because I wasn’t able to make ends meet doing the business.

On June 2 2002 I then went back to factory work as a welder for 2 years then in the same factory I then became a machinist for another 10 years until 2013 when I had applied for disability through the Veterans Administration and Social Security. It was for Bi-polar that was traced back to the service when I was in, so you can assume that I’m a disabled vet.

Since then I suppose you could consider me an author whom I have written 5 books and they are “Do You Believe Is It Real Or Fiction?” “Scott Chally Believes!” “The Beeping Brothers’ Road To Success” and “Zamm Boola” “The Billionaire’s Mansion Game!”. Don’t be afraid to leave comments on my web-site about the books that you have read. Thank yoooouuuuuu!!!!!!