Do You Believe Is It Real Or Fiction?

Do You Believe Is It Real Or Fiction?

This is a real life story and true events that happen to me. You will read and see in depth look from my childhood, family, my teen years, the years I spent in the service, running a business and all the good and bad in my life, that I had, clear up till I had lost it, where I was put in the hospital and then diagnosed with bipolar affective disorder / schizoaffective disorder. It all started 40 days before Easter of 2006, having visions, insight into the Bible, vibes and connections with spirits, that allowed me to believe that the end of the world was upon us. This true life story takes you on a journey, which is believed to have come from God. During the second part of the story I fight against evil or Satan himself, which makes me believe that, I may possibly be the antichrist, if I don't do the right thing in order to save the world. I would tell people that I'm, “The Chosen One”, Jesus Christ the second coming, also known as the Messiah, Son of God or even the Lamb of God.

The story will take you through different events throughout my life, then what had occurred to me during this time of my breakdown, the mental ward and their evaluations, the law and different people who I had come in contact with. I state the dates of meteorite / asteroid strikes on earth from my visions, which none had happened. All in the scheme of having to protect the people from destruction or doom, of me having to follow through with, what is a test from God, which I can't explain. I tried to explain myself being the chosen one of God, but no one will listen. I also dictated the date for a meteorite / asteroid disaster from what I came up with in the Bible, which I say was supposed to hit on the ninth day of November 2019, (9-11-2019). You will see how I was deemed mentally impaired by what had happened to me, by the Veterans Administration and through the Social Security office, to this day where I'm unable to work, due to my delusional thought and mental illness of this occurrence.

Do You Believe Is It Real Or Fiction is more so used in the profession of psychology or used for study in the reference of Bipolar it has the medical break down of medical notes of the patient of Scott Chally. Also used as a study guide for school or collages to use as knowledge to the study of (bipolar affective disorder) or (schizoaffective disorder.)

Kirkus Review of “Do You Believe Is It Real Or Fiction”

This seemingly ordinary memoir takes a messianic turn.
The most striking thing about the first half of Chally’s debut is how not striking it is. In a series of readable, straightforward chapters, he tells the story of his first 34 years, from birth in Illinois to youth in Iowa. The narrative expands in 1988, when settling a petty larceny offense prompted him to take the option of entering the military; he was then stationed in Germany in support of Operation Desert Shield, then Operation Desert Storm. Chally met a young woman named Patricia and married her in Iowa in 1991, and they began to raise a family. He writes about the pain of losing his grandfather and the turtles and snakes he saw in the Mojave Desert; in a friendly but unremarkable way, he recounts such everyday things as working construction, going to rock concerts, getting a tattoo, being a young father, playing video games, and so on. Trouble gathers at the peripheries of his story: casual mentions of a sleepless week high on crystal meth, for instance, or mounting problems with the IRS over a large debt. Gradually, Chally approached rock bottom and was charged with public intoxication, at which point he reached out for support:
“I then picked up the Bible and was asking God for help.” So far, it’s a narrative as old as Saint Augustine. But as Chally commenced studying the Bible, his life took a new, bizarre direction. He began seeing visions and delved deeply into the various numerological arcana of biblical writing. Not much later, he came to think of himself as an anointed messiah, a Chosen One bearing witness to mankind. His family members intervened and took him to the hospital, where, at the age of 35, he underwent a battery of psychological exams, the outcomes of which he faithfully reproduces here. The result is a curious dual narrative: on one side, the author steadfastly proclaiming himself to be mankind’s savior, a direct channel of God’s will; on the other side, a straightforward presentation of all the personal, psychological, and pharmacological reasons the world might disbelieve every word herein. 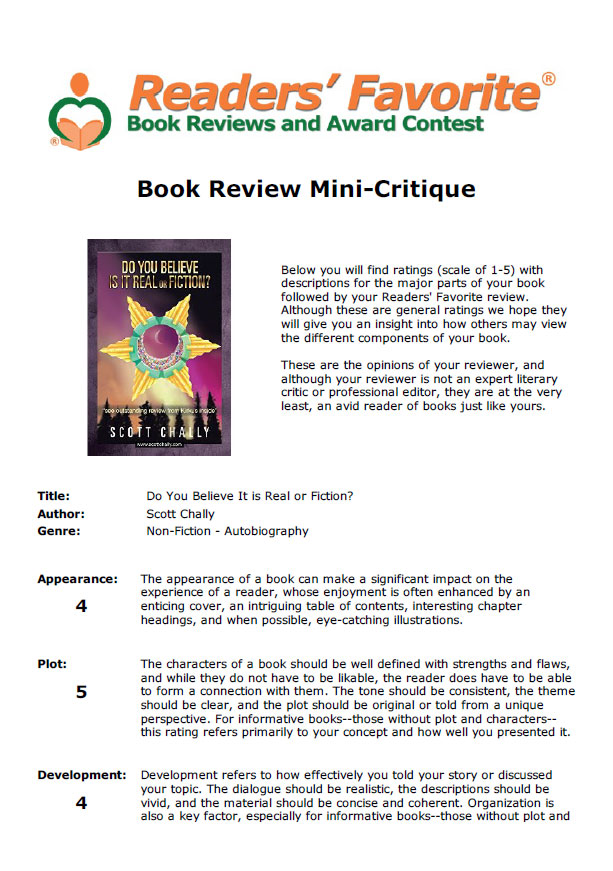 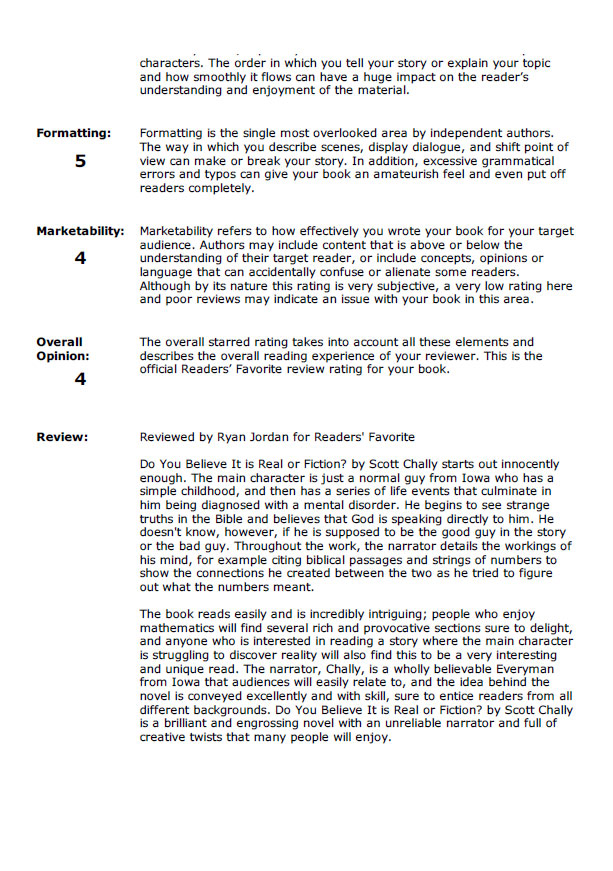 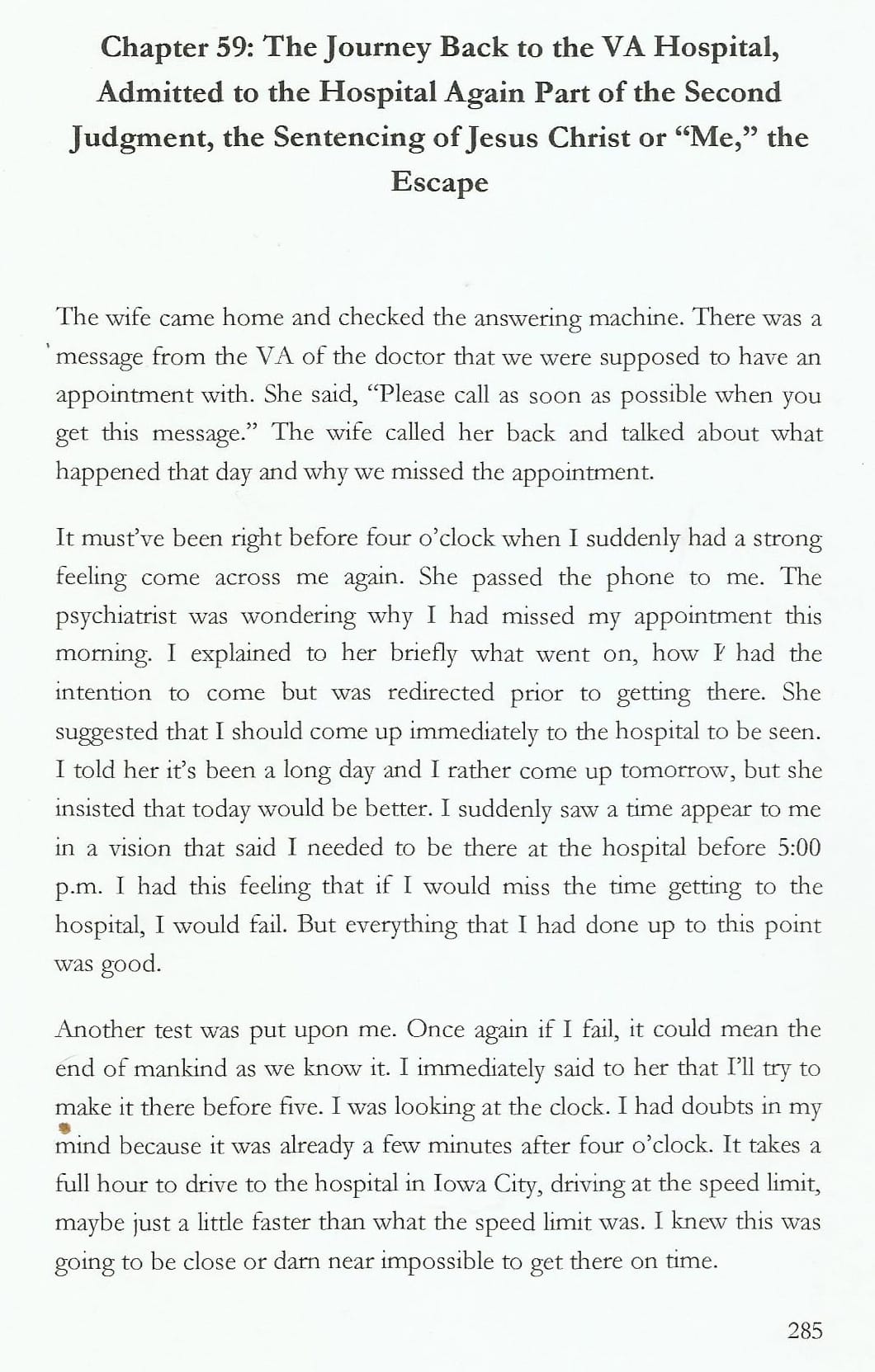 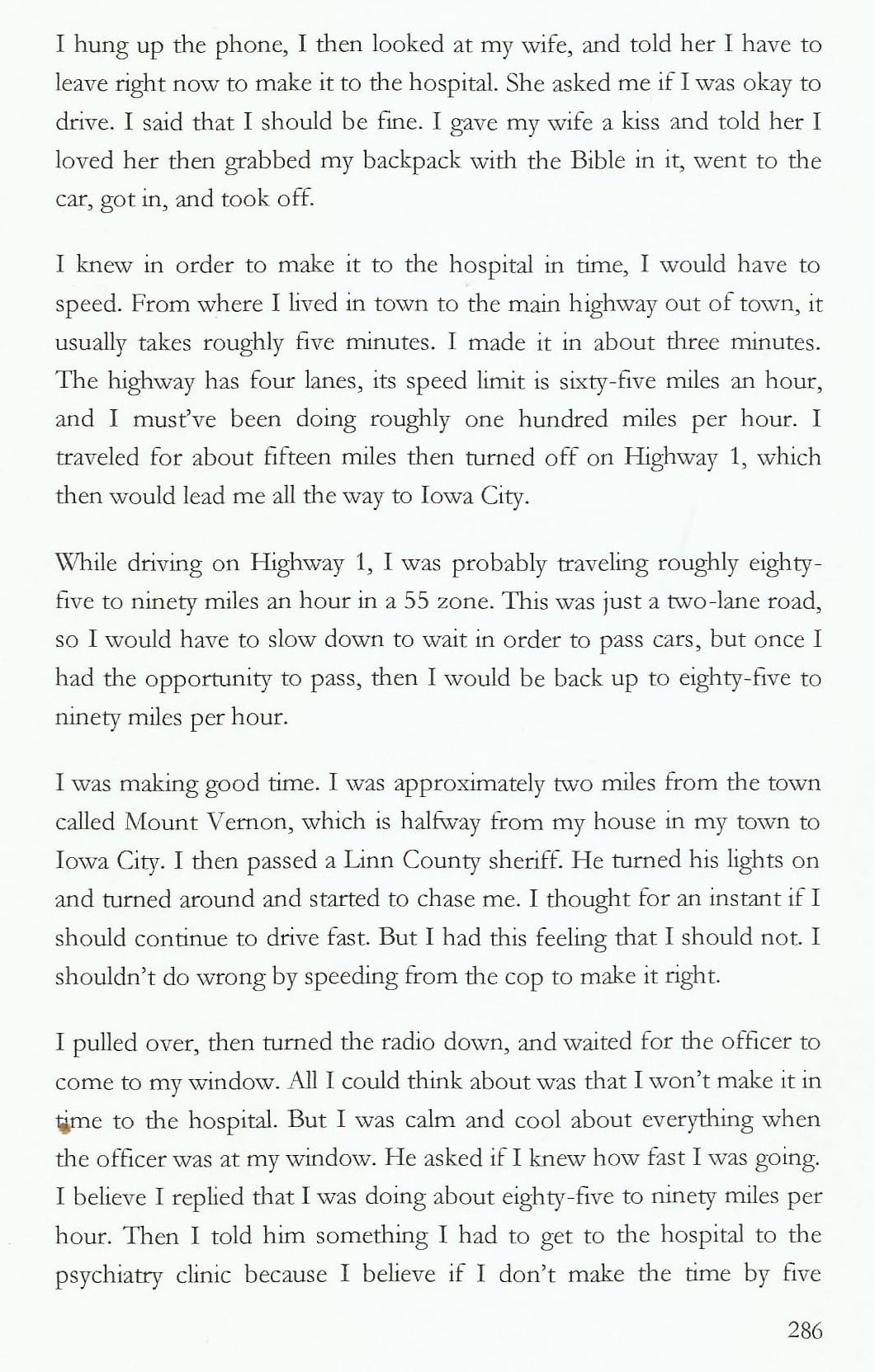 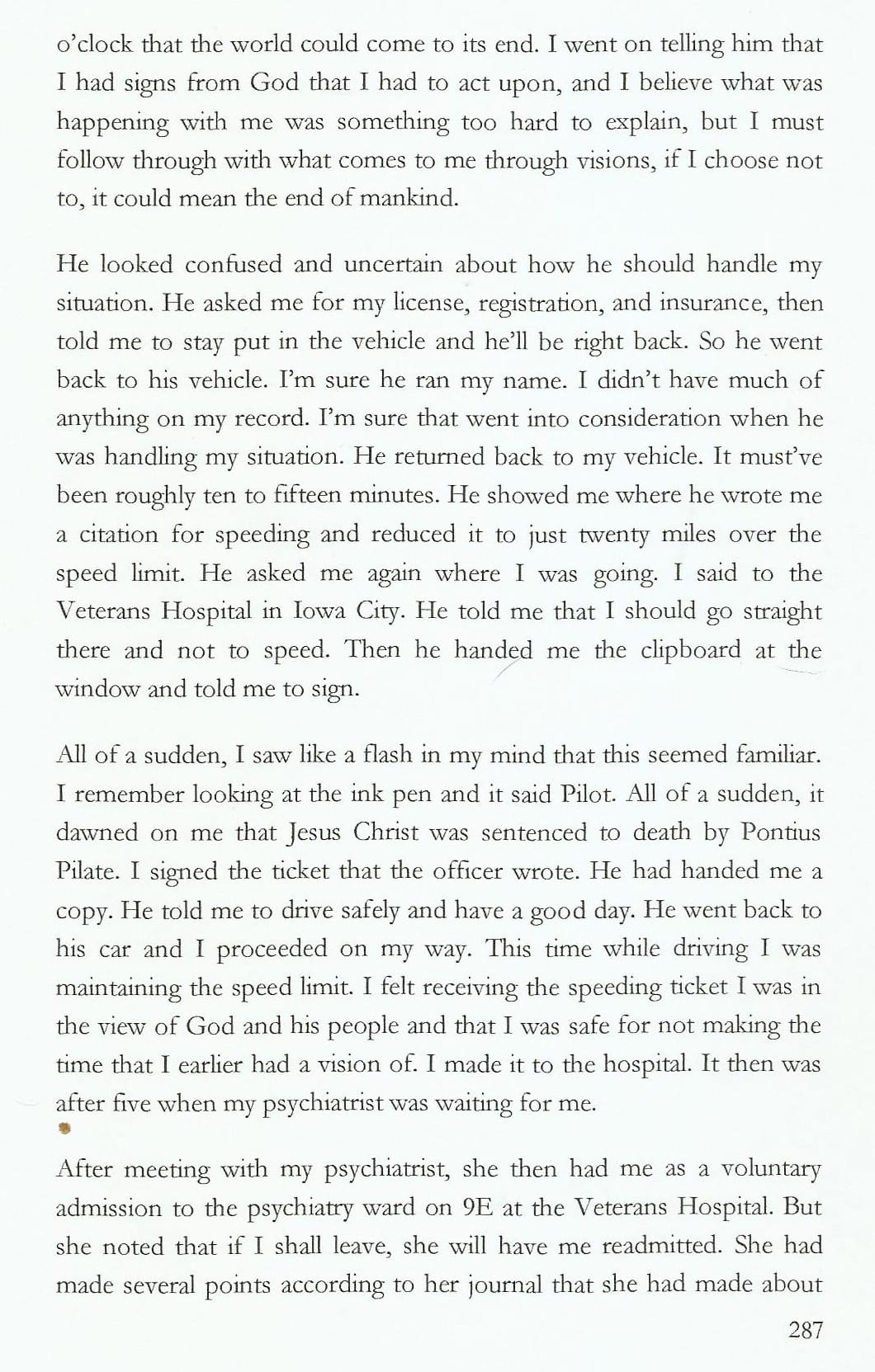 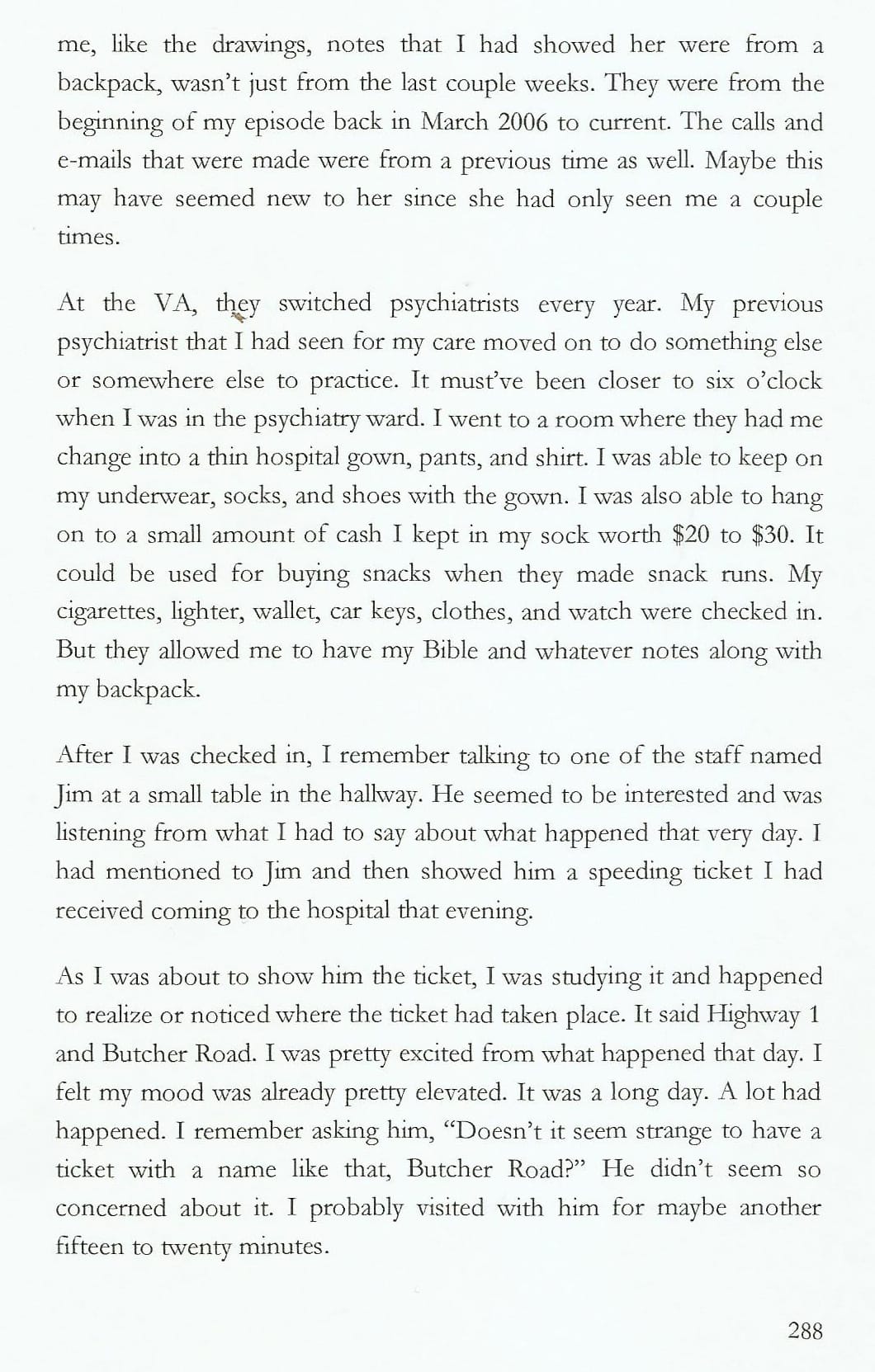 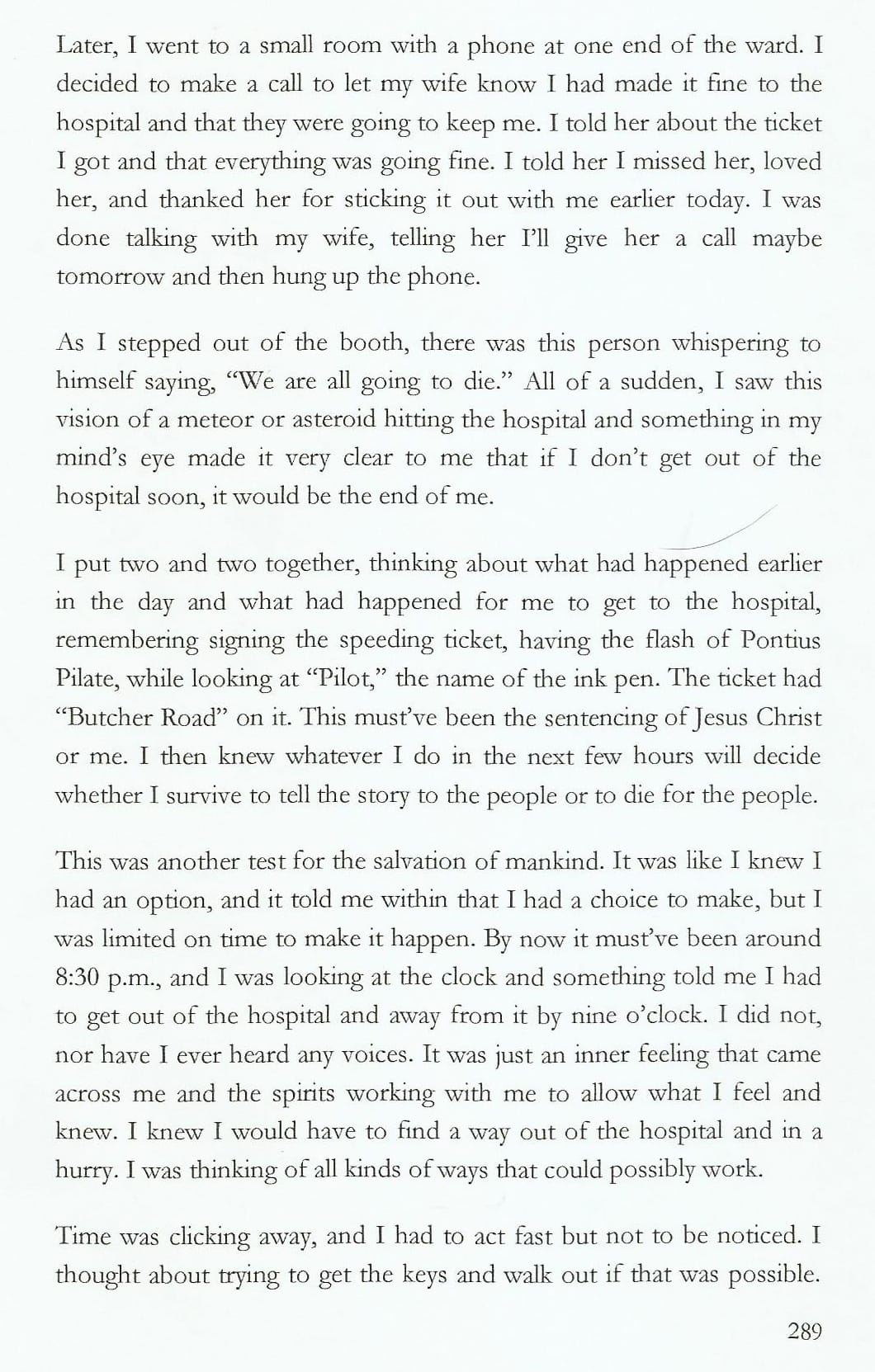 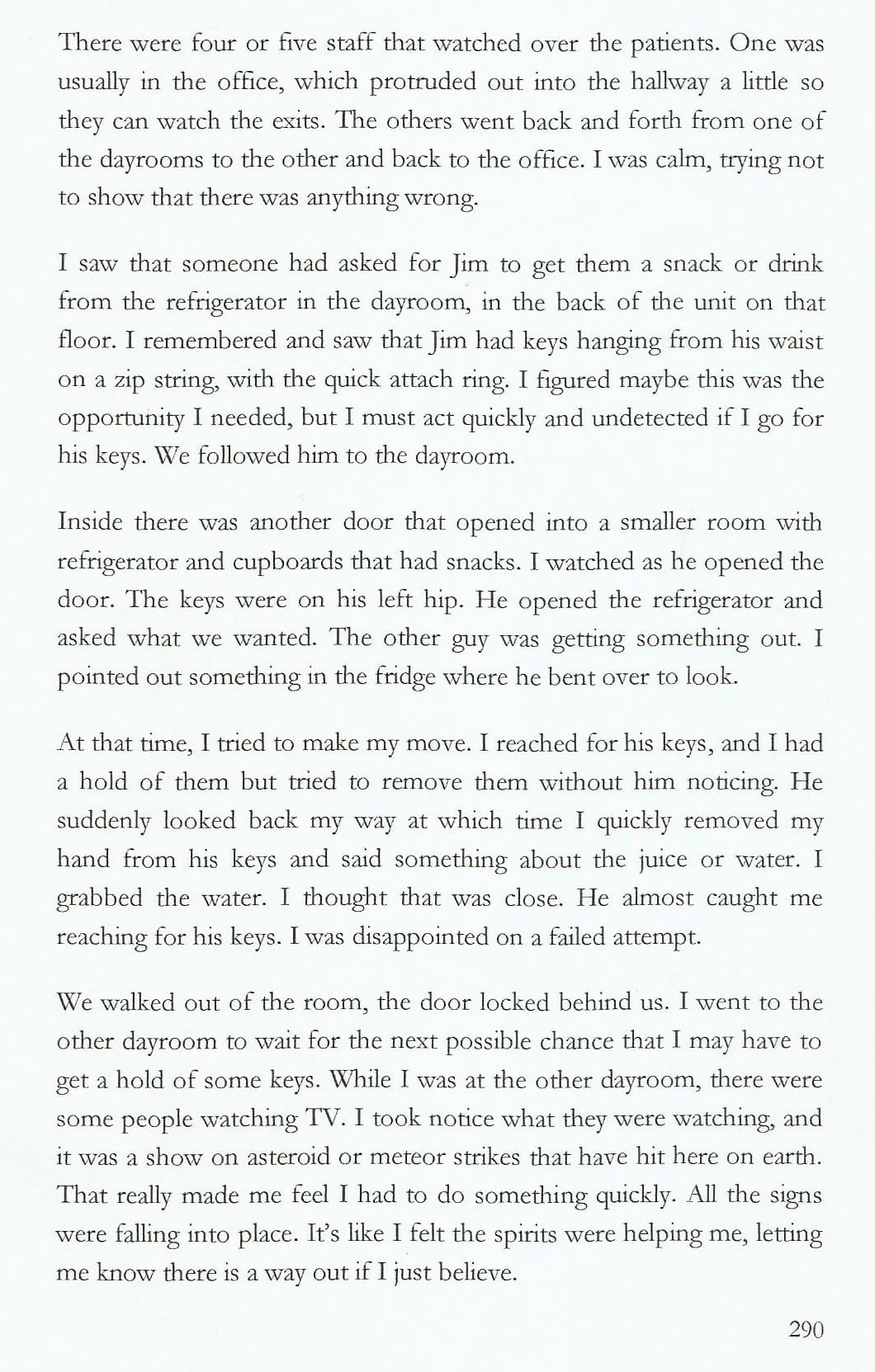 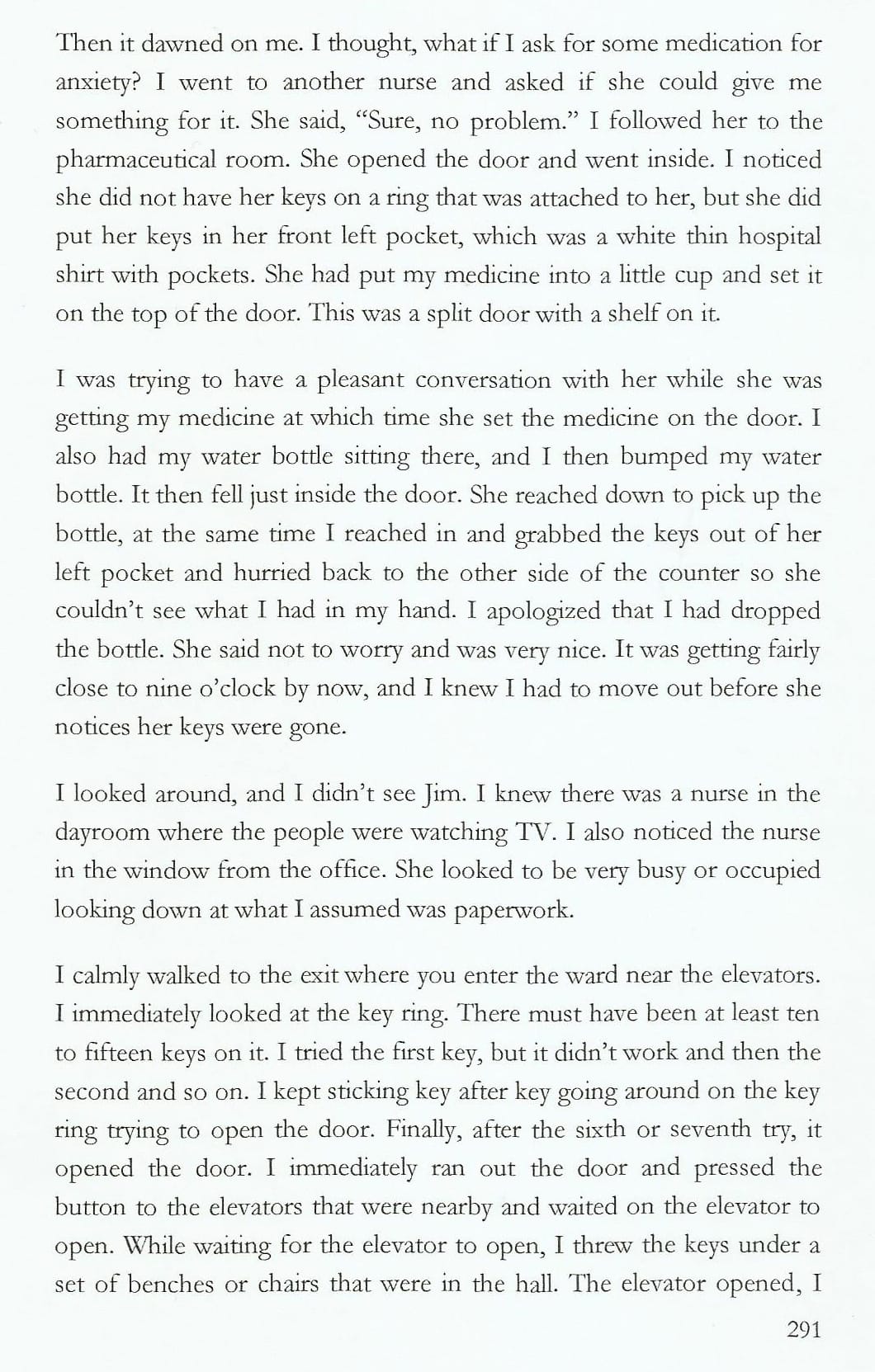 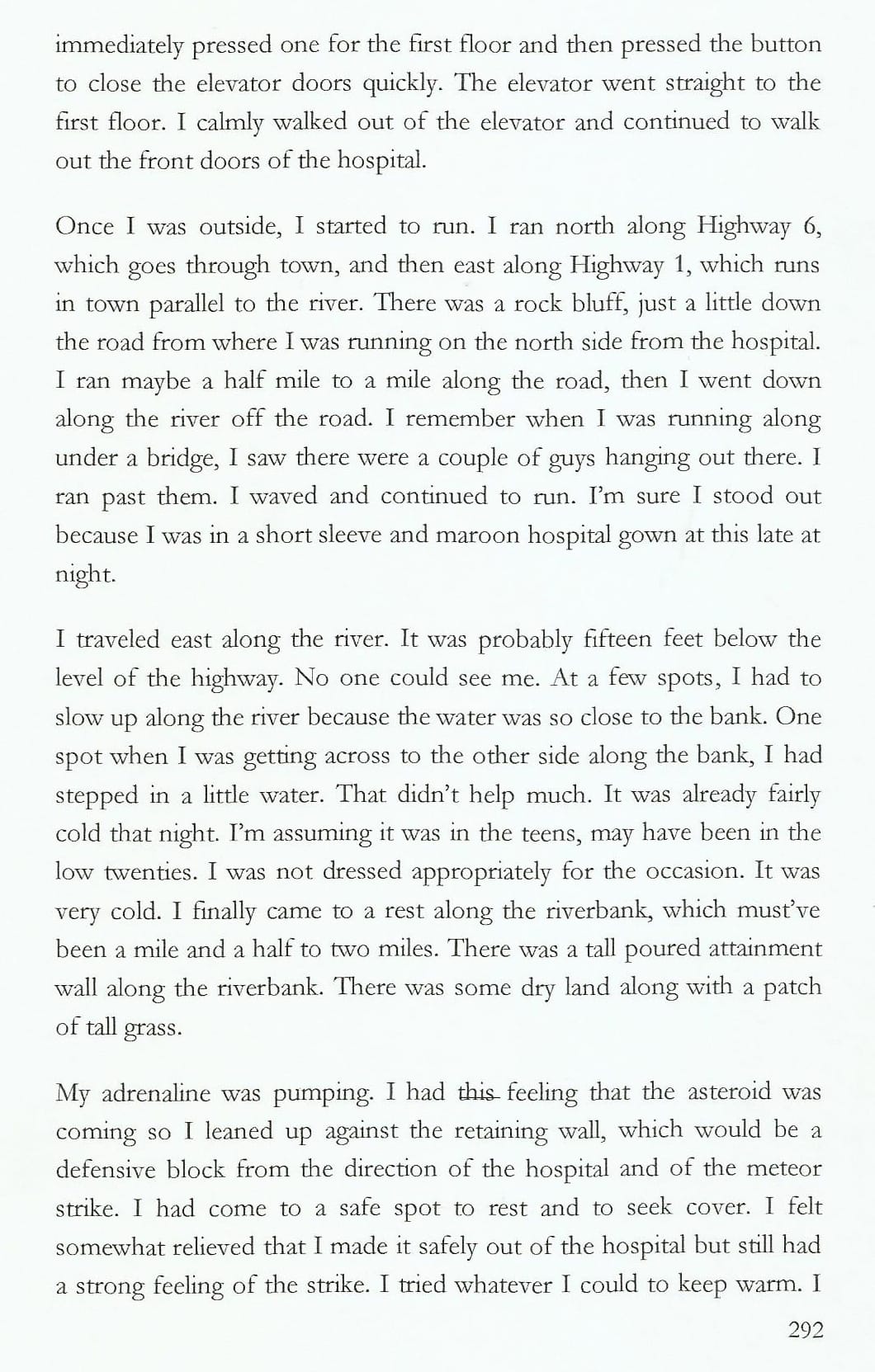 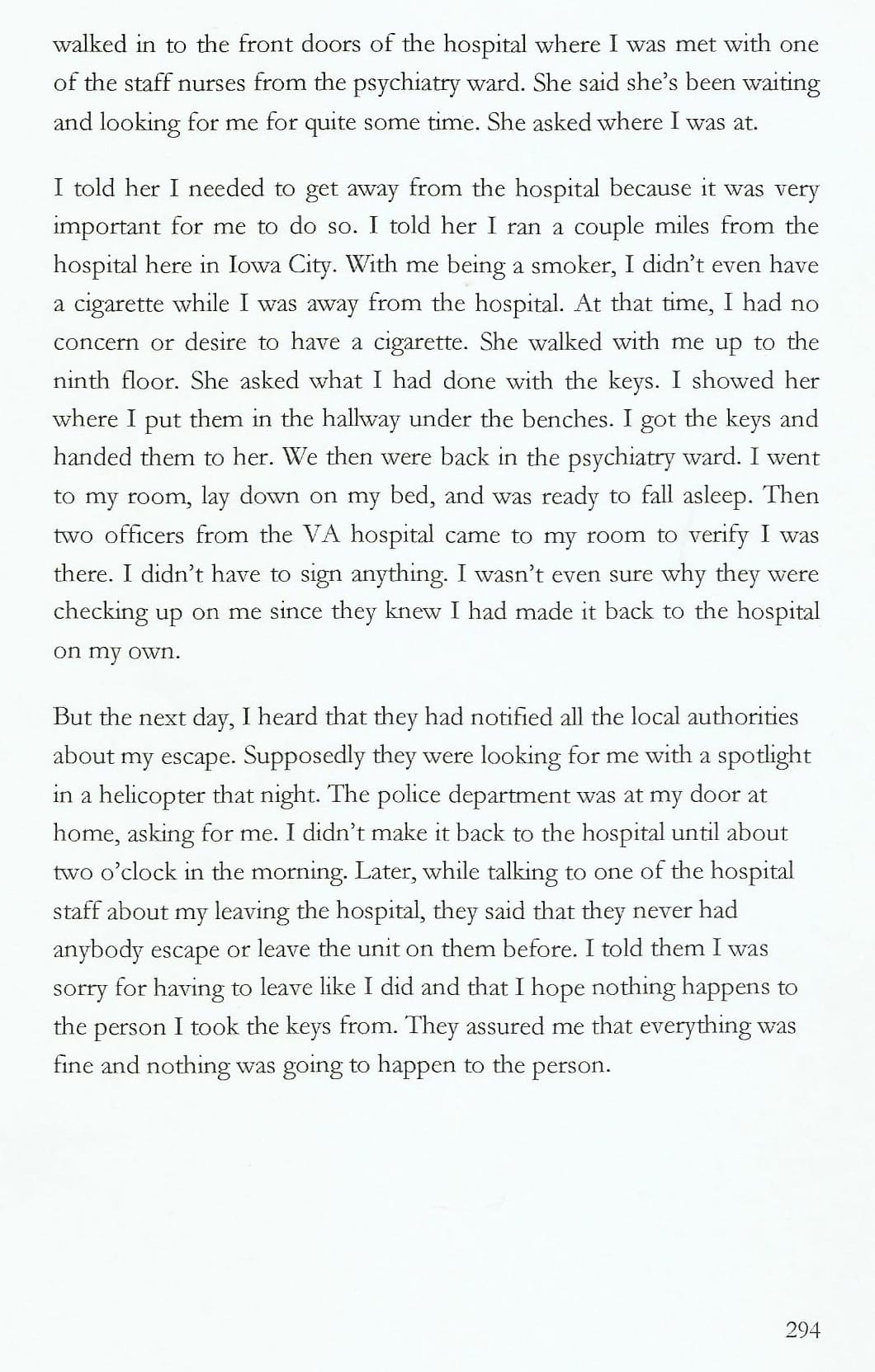 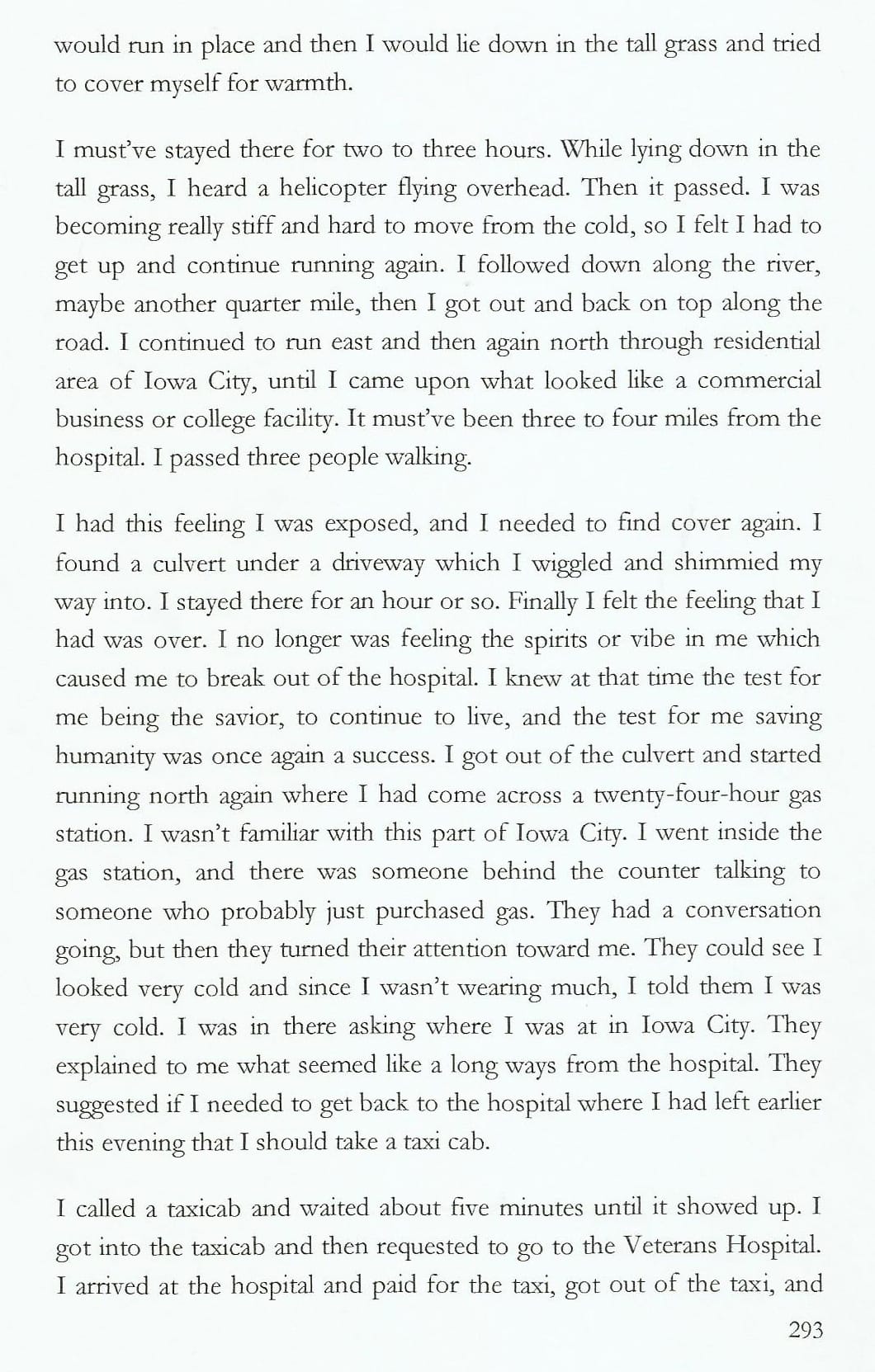 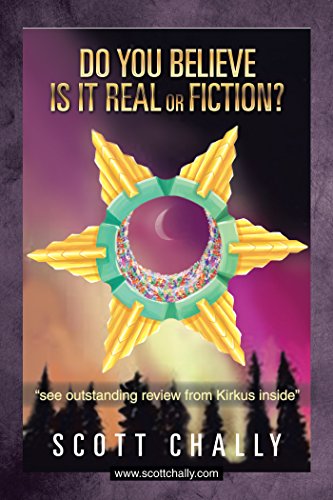